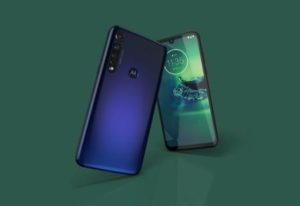 Motorola Moto G8 Plus & Moto G8 Play Manual Pdf – The specifications owned by this device is a 6.3-inch display, LTPS IPS LCD with a resolution of 1080 x 2280 pixels, equipped with a Qualcomm Snapdragon 665 chipset with 4GB RAM and supported 64GB internal memory, plus microSD up to 512 GB.

The primary camera of this Moto G8 Plus three-sensor, the 48MP + 16MP Wide-angle + 5MP depth resolution sensor, and the primary camera is equipped with LED flash and laser autofocus sensors. While the selfie camera will have a resolution of 25MP, this Moto G8 Plus will have a 3.5 mm audio jack, a big enough battery is 4000 mAh, and runs on Android v9 Pie.

The Motorola Moto G8 Play unit looks similar to the G8 Plus on either side of the body, but there are some minor differences. While the G8 Plus has three camera settings (one camera has a 48MP sensor), LED flash support, and laser autofocus. On the front, you’ll find a waterdrop notch design and a thin bezel very similar to the Moto G8 Plus. 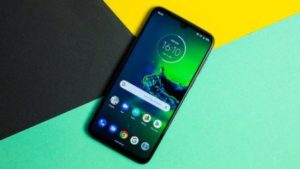 Besides the design, the Moto G8 Play sighting gives you a pretty clear overview. This smartphone will display a slightly smaller screen compared to the Moto G8 Plus. The screen is 6.2 inches with HD + resolution. The Motorola Moto G8 Play will be powered by an octa-core 2.0 GHz processor, MediaTek Helio P70.

In the camera sector, the Moto G8 Play will feature an 8MP selfie camera. In the back, you’ll find three cameras; there is a 117-degree full angle camera, the primary camera with a 13 MP + 8 MP sensor and a 2 MP depth sensor camera powered by LED Flash.