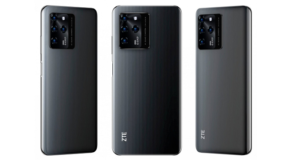 ZTE Blade V30, Blade V30 Vita User Manual & Review – This phone will have a 6.67-inch LCD screen with a pretty good resolution. There is a hole in the middle for the 16MP selfie camera. While the Blade V30 Vita version is supported by a 6.82-inch screen, this is bigger than the regular version.

On the back, there will be a quad-camera built-in with a 64MP main sensor, connected to an 8MP ultra-wide display module. The remaining two units have a resolution of 2 megapixels. The Blade V30 Vita has a Triple resolution main camera; 48MP, and two more 5MP + 2M, while the front camera is 8MP resolution.

The Blade V30 will run Android v11 with the Unisoc Tiger T618 chipset, which was previously featured on the Axon 20 4G. The phone is equipped with an Octa-core Cortex-A75 CPU. The chipset has a built-in 4G modem, unlike other versions of the Blade, which are entering their fifth generation.

So far, only a single memory configuration is known with 4GB of RAM and 128GB of storage, and it can be expanded using a microSD card up to 512GB.